そういえば先日カナダでの上映があったのでした。西川智也さんがセレクトした、日本の自家現像特集にて。
Japanese filmmaker Tomonari Nishikawa presents “Traveling Through A Gate and Liquid”, a screening of recent Japanese hand-processed films (Jikagenzo). climax will be screened at the end of this program.
http://earlymonthlysegments.org/
–
“Early Monthly Segments“ in Toronto, Canada
#29 = Mon 7/18/11 = Jikagenzo!!! 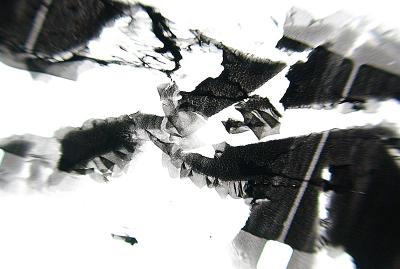 “Jikagenzo is a Japanese term for ‘hand-processing.’ In Japan, there are only a handful of personal filmmakers who decide to make films this way, processing films and making prints by themselves―often in their kitchens. They hand-process film in order to control the image and to create special visual or sonic effects. Or, they decide to process and print films to save money on laboratory fees. Traveling Through A Gate and Liquid consists of seven films, which are all hand-processed. Some of them express memories of life, and others focus on the film’s materiality and the various visual effects achieved through hand-processing.

The program begins with Tokunaga’s Ei, which shows a gathering during Obon, a season where families visit ancestors’ graves. Oshima’s Instant Souvenirs displays a series of old Polaroid pictures while Pilg Image of Time shows Ota manipulating time through time-lapse photography. Noto’s France as a Dream is based on his dream when he was coming back from his first trip to France, while in Sueoka’s Sinking Away, a found footage film is re-photographed to obtain visual effects that match the movements of a sailboat. In Fog is an abstract film by Mizuyoshi, creating visual and sound from images that may be considered as mistakes, and the program ends with Tamaki’s Climax, which shows his interests in the materiality of the film medium.” – notes by Tomonari Nishikawa